Cole Funeral Chapel is a family-owned funeral home committed to caring for your family.   An independent funeral home in Chelsea, Michigan, our mission is to meet your needs whatever they may be. We provide a wide range of services, from sitting down with you to discuss future needs to grief counseling after the death of a loved one.
Our funeral home was founded in 1898, and was purchased by Donald Cole in 1977.  His son, Allen, bought the funeral home from his father in 1999, continuing the tradition of service to the Chelsea area.
We know that making funeral arrangements can be difficult, so let us help you every step of the way.  We have a professional staff equipped with many resources that can provide assistance 24 hours a day, 7 days a week.  Please feel free to call anytime, or e-mail us at staff @ ColeFuneralChapel.com

We offer choices in cremation service, including:

We want to help your family choose services that fit your needs. We will walk you through your options without pressuring you, and we will help you to compare the costs of different options.  Regardless of your choice, we will treat your loved one with respect, we will help you write and place obituaries, we will obtain death certificates promptly, and help you chose the final resting place for your loved one's ashes.  We will not try to sell you services or merchandise you do not need.

Steps for Planning Ahead

We understand how difficult it is to plan funeral services, so our staff is available to help you in any way that we can.  Please call us and we will walk you through every step of planning, and we will offer choices to  make the services just right for your family.  To help you understand the process, here are some of the steps you can choose to do ahead of time:

☐ Fill out basic pre-arrangement information sheet.  15-20 minutes, no charge. This provides the basic information we need to write obituaries and fill out the death certificates.  It gives us some information about the type of services you want. Click here to download the Pre-Arrangement form

☐ Fill out funeral service information sheet.  10-15 minutes, no charge. This provides information about the funeral / memorial service you would like: who should lead it, type of music, readings, etc.  Click here to download the Funeral Service Information Sheet

☐ Itemize funeral goods and services.  30-60 minutes with funeral home staff, usually at the funeral home, no charge. You choose the goods and services you want, and we will create an itemized funeral bill so you can know the anticipated costs. This is an estimate only, but lets you make many of the decisions in advance, and guides us and your family as to your wishes.

☐ Pre-pay your funeral invoice.  15-30 minutes with funeral home staff. After itemizing the services you want (see previous choice), you may pay for the funeral in one lump sum, or in payments, and lock in the prices for your funeral bill.  This saves your family from worrying about paying for your funeral.

☐ Choose your cemetery marker.  30-60 minutes, cost vary greatly. You may choose the type of stone or gravemarker you want, and lay out the exact design for your stone.  You may wish to save the information until after the death, or have the stone cut and delivered.

☐ Plan a memory slideshow.  30-60 minutes, $95. Choose 30-70 photos to be put into a slideshow that can be played at the visitation and/or funeral.  You may put sticky notes on back to indicate an order to the photos if you wish, or to label slides. You may choose to narrate the photos in your voice.

☐ Write a letter to your loved ones.  No cost, time will vary greatly. You may write a letter to your spouse or children to be read and re-read after your death.  It could be read publicly, or just given to those you choose after your death.  We will be happy to file it with your pre-arrangement.  Please put in sealed envelope with the name of the recipient on the outside.

A cemetery marker is not just a way to mark the grave, but it can tell the story of that person's life.  We enjoy helping you design a special cemetery marker to remember your loved ones.   We also recommend families place a stone on their graves before it is needed, so you can plan your design together.  We work hard to create quality monuments for the families we serve, and offer many choices, and easy ways to personalize the marker.  Let us make a design and give you an estimate with no obligation. 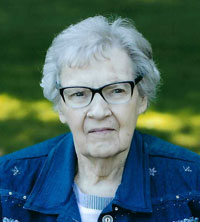 Of Chelsea, Michigan, age 91, passed away peacefully Thursday, January 20, 2022 at Silver Maples of Chelsea. She was born October 14, 1930, in Hillsdale, Michigan, the daughter of Harry and Eunice (Ensign) Foust.

Betty was a cashier at the Five and Dime in Hillsdale before starting her family. She was a food service worker at Chelsea High School from 1967 until she retired in 1993. Betty was a member of Zion Lutheran Church. She enjoyed crocheting, playing Euchre, and visiting casinos. Betty loved to bake, including her specialties, raisin-filled cookies and buckeye balls. 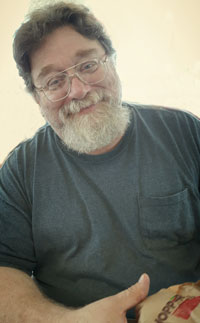 Harold, a proud American, served in the Marines from 1981-1984. During this time period, he enjoyed being stationed in Okinawa, Japan.

In 1987, Harold married Peggy Lee Lovely. The two settled into their family home in Dexter in 1990, and then in 1992, became the proud parents of Kandice. With Peggy, the love of his life by his side, Harold peacefully passed away. He had just shy of 35 years with his "girl next door". 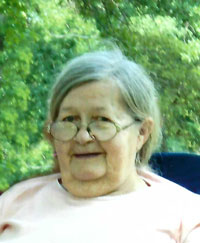 of Chelsea, Michigan, age 85, died Sunday, January 16, 2022 at the Chelsea Retirement Community. She was born December 20, 1936 in Lima Twp, Michigan, the daughter of Rudolph John & Euna Alma (Fiegel) Zahn.  Delores was a Charter Member of Our Savior Lutheran Church, where she was in the Phoebe Guild, the Altar Guild, and taught Sunday School for 30 years.
On January 9, 1954 she married Norman C. Houk in St. Thomas Lutheran Church in Ann Arbor, and he preceded her in death on October 18, 2019. Survivors include two children, Edith Anne Dehn of Gregory, Douglas (Cheryl) Houk of Chelsea; daughter-in-law Bernice; one sister, Arlene March; 8 grandchildren, Heather, Gretchen, William and Fred Dehn, Thomas, David and Kelly Houk and Jennifer Annarino; several great-grandchildren; and 2 great-great-granddaughters, Layla and Lockett. She was preceded in death by a son, Daniel in 1990; a grandson, James Houk; a son-in-law, Thomas Dehn; three sisters, Dorothy Egeler, Rose Ann Daniels, Elizabeth Herrst; and three brothers, Rudolph, Paul, and Ray Zahn.
Read more ... 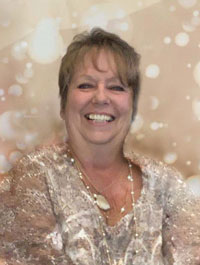 of Webberville, MI, age 67, went home to be with the Lord in Heaven on Friday, January 7, 2022. She was born March 17, 1954 in Detroit, the daughter of Edward Michael & Ruth Audry (Oliver) Devine.  Patrice graduated from St. Mary's of Redford High School in 1972.  She attended Calvary Church in Webberville.  She owned Iron Horses Antiques, Collectibles, and Curiosities.  Patrice is a child of God who lived her life as a great example. Filled with His love, joy and mercy, she found peace and happiness sharing the love of Christ with family, friends, and neighbors.  She enjoyed walks in the woods, bike rides, gardening and collecting rocks, all while singing, praying, and praising.  Psalm 91:1 "Whoever dwells in the shelter of the Most High will rest in the shadow of the Almighty."
Read more ... 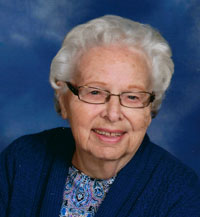 Erma and Norm lived at North Lake for 46 years, where they loved entertaining. She served on the Board of Park Lawn Beach at North Lake for many years. She was a life member of Inverness Country Club, and she worked at the Dexter Township elections for many years. In her later years, she lived at the Pines in Chelsea. Erma was a life-long member of St. Paul United Church of Christ, where she served as director of Christian Education for over 40 years. . She volunteered at Faith in Action for 23 years, and was recognized as Co-Volunteer of the Year in 2004. In her younger years, she was a Para-pro in the Special Education program at Chelsea Public Schools.