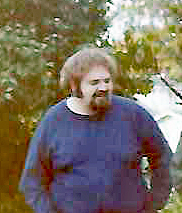 Age 74, passed away Wednesday, January 18, 2023, at St. Joseph Mercy Hospital Ann Arbor. He was born December 22, 1948, in Jackson, Michigan, the son of R.V. and Doris K. (Lehman) Worden. Rodney was the older of twin brothers. He lived his first year at his grandparent’s home in Munith, before moving to Chelsea with his family in the 1950's. At the age of 14, he was injured in a sledding accident, leaving him disabled in his right shoulder and arm. Rodney graduated from Chelsea High School in 1967. His disability did not keep him from working over 30 years in janitorial maintenance at Beach Middle School in Chelsea. Rodney spent the last four years at an assisted living facility. He overcame several health issues, but could not overcome a severe infection.

Rodney is survived by his brother, Ronald Worden of Chelsea; an uncle, Richard Worden; an aunt, Betty Cowan; and several cousins and friends. He was preceded in death by his parents.

You may use the form below to share a memory or leave a public message for Rodney's family. Please allow 24hrs. for us to review and post your comment.

#6 Beverly Yelsik 2023-01-24 15:33
I considered Rod a friend. I spent so many hours after the regular school day working in the art room or on the stage at Beach. Sometimes we were the only two people in the building! He was so very kind and helpful, and always had a smile for me. When we began recycling cardboard at Beach, Rodney was so patient. He had to work around the stacks of boxes in his janitorial space until the students and I could get them flattened and removed. He never complained, and often helped when he wasn't asked. The world was such a better place with him in it. I am sorry for his family. He was a fine, fine man.
Quote
#5 Mary Baker 2023-01-23 09:33
Rod was a kind and gentle soul who was always pleasant and upbeat. He took his responsibilitie s seriously and was an important part of our Beach School staff.
Quote
#4 Mark Hachey 2023-01-22 13:18
Sorry to hear Rodney has moved on to be with our Lord. Worked with Rodney for many years at Chelsea Schools. He was always a great co-worker. Always good spirited and was fun to joke with. Safe travels my friend.
Quote
#3 Eula Eddy 2023-01-21 19:33
So sorry to see this. Had art class with Rodney,
Quote
#2 Nancy Barron Pickell 2023-01-21 14:37
Rod was a kind person . Spent time at our farm hunting and hanging out .He was a good friend .
Quote
#1 Wes Stinehelfer 2023-01-20 18:16
I spent many, many wonderful days and hours with Rodney and Ronald in my youth playing at my place or theirs, or out in the swamp behind the school. I ate a lot of good suppers at the Wordens as well. I’m sorry for your loss Ron, it’s tough when a brother passes on. God comfort you my friend.
Quote
Refresh comments list