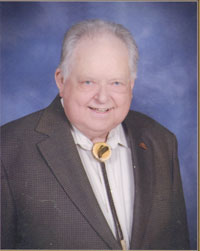 of Chelsea, Michigan, age 86, died on Friday September 25th, after a battle with Alzheimer’s. He was born November 5, 1933, in Chelsea, Michigan, the son of Martin Charles & Alene Constance (Schoberg) Steinbach.  Ray attended and graduated from Chelsea High School in 1951. While in High School he ran track and cross country. Ray earned a bachelor’s degree from Michigan State University. His major of study was geology and was always on the lookout for another great rock. Ray always loved photography and in school, took many photos for yearbook. He was hired by Washtenaw Community College, in 1992, where he started their Photography program. Another love of his was trains, he volunteered at the Steam Railroading Institute and worked on the 1225 Steam Locomotive in Owosso for 15-20 years. He enjoyed bowling and enjoyed being on a number of leagues at Chelsea Lanes. Ray collected stamps and coins. He was a member of the Model Train Club in Chelsea and Sharon United Methodist Church in Manchester. Ray was a past president of the Manchester Historical Society.

Ray will be buried in the Oak Grove East Cemetery, Chelsea, Michigan, near his parents. Due to the times, there will not be a service or visitation to celebrate his life and mourn his passing. In lieu of flowers, memorial contributions may be made to the Steam Railroading Institute, PO Box 665, Owosso, MI 48867, or to Alcoholics Anonymous, General Service Office, Box 459, Grand Central Station, New York, NY 10163.  Arrangements were entrusted to Cole Funeral Chapel.

You may use the form below to share a memory or send a public message with Ray's family.  Please allow up to 24 hours for us to review and post your comments.

#5 Jana Lou W. Dreyer 2020-09-30 08:33
Sorry to learn of Raymond's passing. He and I were in band together for many years starting from grade school. His Dad graduated from Chelsea High in 1925 with my folks, Jay & Lou Weinberg. Blessings to his
Quote
#4 Lynn Dils 2020-09-29 09:05
Deepest sympathies to Ray's family and loved ones. I first met ray when he was doing buying for Gerald Eddy Gift shop and I was a sales rep. I have fond memories of seeing Ray about town and the kind and friendly man he was. May his memory be for a blessing.
Quote
#3 Jennifer Baker 2020-09-29 08:34
My condolences to the Steinbach family. Ray was my 1st photography instructor at Washtenaw Community College and later a colleague and supporter of my career in teaching photography. I began teaching photography full time at Washtenaw when Ray retired and I am appreciative of the many contributions he made to the WCC program. The program grew from a few classes in a portable classroom to a robust occupational program with one of the best facilities in the country under Ray's leadership. May he rest in peace.
Quote
#2 Beth Easterwood 2020-09-27 19:37
I work at Chelsea District Library and he was a regular patron. We talked about trains, as he was a train buff, and I used to work at a hobby shop called Downtown Train & Camera. We also talked about photography. He was such a nice man. I always enjoyed talking to him .
Quote
#1 Lynne Popovich 2020-09-26 12:09
Rest in peace my dear and long time friend.
Quote
Refresh comments list