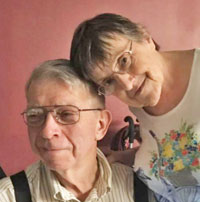 of Chelsea, Michigan, age 73, died Tuesday, September 1, 2020 at St. Joseph Mercy Hospital in Ann Arbor. She was born March 5, 1947 in Chicago, Illinois, the daughter of Robert & Josephine Gerlach.  Bobbie graduated from Sandwich High School in 1965. She married Roy George Sanderson in Aurora, Illinois, in 1967. They lived in Illinois until 1980, when they moved to Michigan. Bobbie and Roy went to Arizona in the winters. They attended the Chelsea Kingdom Hall. Bobbie worked for the US Postal Service in Millington, IL, and then the Grass Lake Post Office, where she retired. Friends and family were very important to Bobbie, and the grandchildren and great-grandchildren were a large part of her life. 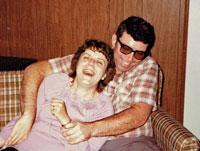 A memorial service will be held at a later date.  Memorial contributions may be made to Mothers Against Drunk Driving. Arrangements were entrusted to Cole Funeral Chapel in Chelsea.

You may use the form below to share a memory or leave a public message for Bobbie's family.  Please allow up to 24 hours for us to review & post your comments.

#1 Gloria Mosley 2020-09-02 16:25
Dear Sanderson family,
I'd like to express my condolence and deep regrets for your loss and share where I found comfort and hope when I lost my entire family to this enemy death. I found this in what I read in Jehovah Gods word the Bible at John5:28,29 here it tells us we'll see our love ones again at the resurrection when Jesus brings them back he on earth and we're also told at Isaiah25:8 this enemy death will be gone forever. These scriptures and jw.org help me cope with my loss and get through each day because now I know I'll see my love ones again and so can you.
I wanted to share this with you now when hope and comfort is needed hoping this will help you also for this is my purpose in sharing this with you at this time and please know I do share your grief and would like to know if this helped in some way so please feel free to let me know. I hope to hear from you.
Sincerely, GM
Quote
Refresh comments list