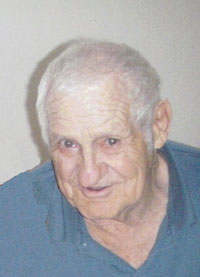 of Grass Lake, MI, age 91, died Tuesday, July 14, 2020, at Countryside Manor in Jackson. He was born April 5, 1929 in Ann Arbor, Michigan, the son of Dwight H. & Ida Mae (Thurston) Laraway.  John was raised on a farm in Dexter, but lived in Chelsea most of his life. John was the 3rd oldest of 9 boys. He served in the US Army in Korea during the Korean War. He retired from Ford Motor Company in Saline. John loved snowmobiling and going to his cabin in Harrison.

No public services will be held. Burial will be at Leland Cemetery in Ann Arbor. Memorial contributions may be made to American Cancer Society. Arrangements were entrusted to Cole Funeral Chapel in Chelsea.

You may use the form below to share a memory or leave a public message for John's family.  Please allow up to 24 hours for us to review and post your message.