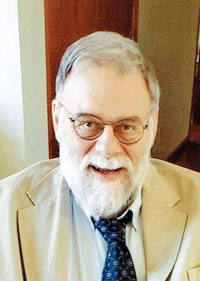 Of Dexter, MI, age 63, died of cancer on Monday, April 20, 2020 at Michigan Medicine. He was born May 2, 1956 in Indianapolis, Indiana, the son of John & Ruth (Watson) Offord.  Jim was raised in Indianapolis. He attended Illinois State University, where he met his wife.  Later, he earned his PhD in biochemistry from the University of Iowa.  Jim was a research scientist for Pfitzer. He was a Pharmaceutical & Assistant Professor at the University of Michigan Department of Pharmacology.
In 1980, he married Christine B. Litz, and she survives. Other survivors include his children, Marie and Samanth; and his brother, Scott Offord. He was preceded in death by his parents.
A private memorial service will be held later. Memorial contributions may be made to American Cancer Society. Arrangements by Cole Funeral Chapel, Chelsea.
Click here to view or sign Jim's online guestbook