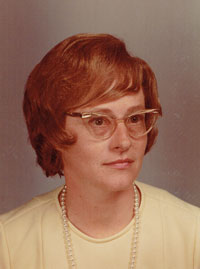 of Dexter, MI, age 84, died Thursday, February 20, 2020 at her home in Dexter. She was born June 30, 1935 in North Industry, OH, the youngest daughter of Lewis and Edith (Rush) Lanning.  Barbara was a graduate of Canton South High School, class of 1953. She enjoyed playing bridge, raising flowers and watching and feeding birds. She will be greatly missed by her family and friends.
On June 11, 1955, she married Ronald Lee Griffith in First Christian Church of North Industry where she was a member, and he survives. Other survivors include two sons, Rick (Diane) of Dexter; Tim (Debra) of Ann Arbor; four grandchildren, Erika Griffith, Lindsey Griffith, Shelby Griffith, Foster Griffith; a niece, Danice Mossor. She was preceded in death by a son, Kevin, a brother, Robert Lanning, and a sister, Lois (Lanning) McCaully.
Funeral services will be held Tuesday, Feb 25 , 12:00 pm at Cole Funeral Chapel, with Pastor Tom Snyder officiating.  Burial will be at Arborcrest Memorial Park in Ann Arbor.  The family will receive friends at the funeral home Tuesday from 11:00 to 12:00.  Memorial contributions may be made to Arbor Hospice.
Click here to view or sign Barb's online guestbook