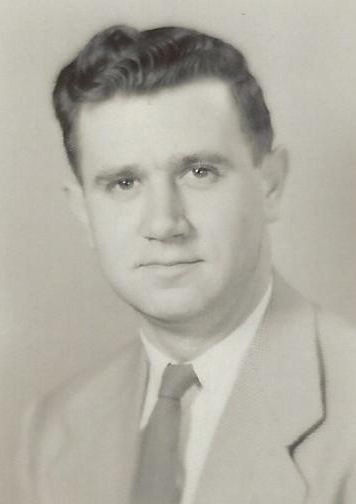 Norman died as he lived - with dignity and grace.  Driven by “a fierce commitment to education” and his exceptional curiosity about the world around him, Norman experienced a full life.  He was a lifelong learner and a constant reader, which made him an exceptional educator throughout his life.  Norman had a long career that included the positions of Superintendent of Southfield Public Schools, Coldwater Public Schools, and Iosco County Intermediate Schools.  He was the first Dean of General Studies at Washtenaw Community College and was a primary influence on the development of the broad curriculum offered and the selection of the talented faculty.  He also served as Deputy Superintendent for Ann Arbor Public Schools.

After his retirement from public education, Norman served as Napoleon Township Supervisor.  He could talk with anyone and spent many happy hours in conversation at Vic’s Market in Napoleon.  When he and his wife Nancy moved to North Carolina, Norm became a substitute teacher for Hendersonville Public Schools.

Norm enlisted in the Army Air Corps (United States Air Force) one month after graduation from Jackson High School.  He was a navigator in the Pacific Theater.  Norman said he had “never seen so much water in my life!”  In his high school days, Stormin’ Norman played for “The Collegians”, a professional dance band.  He always enjoyed big band music and jazz.

Norman passed away at the Chelsea Retirement Center on Saturday, August 31 and had resided there since 2010.  The family is very grateful to the nurses and CNA’s on Kresge 2, dietary aides, maintenance staff, and chefs who provided such a circle of love and compassion to him at the Chelsea Retirement Center.  Norm was also in the care of Arbor Hospice for the past few months. Their support helped ensure a peaceful final chapter for Norm’s remarkable life.  In his words, “we all have to leave this mortal coil sometime.”

A memorial service will be held Saturday, October 12, 12:00 pm, at the Chelsea Retirement Community Chapel.  A reception in Norm’s honor will follow the service.  Light refreshments will be served in the Mackinaw Dining Room at the Chelsea Retirement Community. Donations in Norman’s honor can be sent to Doctors Without Borders or the UMRC Foundation Benevolent Care Fund.