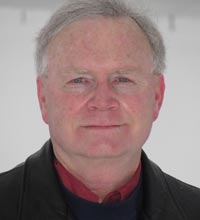 Thomas Sidney Ritter of Chelsea, Michigan, age 70, passed away peacefully surrounded by his loving family on January 16, 2019. Tom was born in Dowagiac, Michigan on April 7th, 1948 and was the son of the late Sidney Ritter and Leta (Cropsey) Ritter.  Tom was a farm boy from the start and recalled fondly raising live stock, adventures on the farm, and working along side his father. Tom graduated from Penn High School in 1966 and was named the MVP of the baseball team his senior year. Tom’s passion for baseball continued throughout his life and he served as a softball coach for his daughters and the vice-president of the Chelsea High School Softball Boosters. Tom earned his electrical engineering degree from Michigan State University in 1970.

While at MSU, he made life long friends and met his wife, Diane (Taylor), during a dorm softball tournament. Upon graduation, Tom was drafted into the U.S. Army and married Diane after returning from his service. During their 46-year marriage they had two daughters, Lori and Jessica. Tom was dedicated to his career as an electrical engineer and went on to obtain an MBA. His life has been defined by his work ethic, time spent with family, his love of travel, and service to his community.    Tom is survived by his wife, Diane; his mother, Leta; his sister, Nancy (Larry) Wales; his older daughter Lori (Alex) van Veldhoven; his younger daughter Jessica (Josh) Burgess; his three grandchildren Brayden Burgess, Byron Burgess, and Noor van Veldhoven; and several nieces and nephews.

According to Tom’s wishes, he was cremated and a celebration of life will be held on his birthday, April 7th, at noon at the Chelsea Depot. All are welcome to attend this celebration and help us reminisce this amazing man. Memorials can be made to The Department of Electrical and Computer Engineering (ECE) at Michigan State University, 428 S. Shaw Lane, Room 3536, East Lansing, MI  48824 (Checks to "Michigan State University", ECE/A305 in memo line) or the Kiwanis Club of Chelsea, PO Box 61, Chelsea, MI  48118.