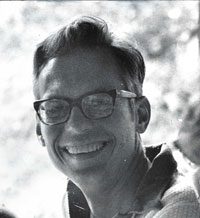 Stan graduated from Cooley High School in Detroit. He then continued his education and graduated from the U of M Medical School. Stan served as a Captain and a Doctor in the Air Force from 1962 to 1964. Following college, Stan went on to have a successful Psychiatric practice in Ann Arbor. Stan was passionate about his work as well as everything he pursued. Stan actively used transactional analysis in his approach and even co-authored a book on the subject published in 1978. He also provided group therapy along with group therapy training for his clients. Stan was well-loved by his many patients.

Stan is survived by his beloved wife Priscilla (Wass) of over 68 years whom he married on August 7, 1954, in Detroit where they both grew up. He is also survived by his loving family which includes his daughter, Karen (Doug Smith) Woollams of Chelsea, son, Larry (Erika) of Manchester; 8 grandchildren, Geoffery, Rose, Heather, Jamie, Christian, Johnny, Carson, and Lulu; as well as 6 great-grandchildren.

Stan had a deep love of traveling the world with his family, especially his favorite travel partner and wife Priscilla. He traveled every continent. Some of his most memorable were hiking in the Himalayas, exploring Antarctica, and journeying through the Galapagos. He also enjoyed photography during his travels along with photographing many solar eclipses. Stan also attended many summer and winter Olympics. He was a mineral collector and enthusiast, leading to him becoming a board member of the Michigan Mineralogical Society.

No funeral services are planned. In lieu of flowers, memorial contributions may be made to the Sierra Club at 109 E. Cesar E. Chavez Ave. Lansing, Michigan 48906, in which he and Priscilla were members due to their interests in conservation and wildlife. Arrangements were entrusted to Cole Funeral Chapel in Chelsea, Michigan.

You may use the form below to share a memory or leave a message for Stan's family. Please allow up to 24 hours for us to review and post your comments.