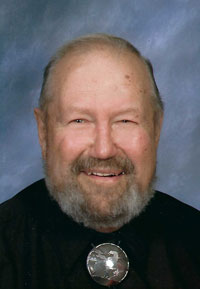 On December 27, 1947, he married Nancy L. Haas. She preceded him in death on Sept. 16, 2017 after nearly 70 years of marriage. He was also preceded in death by a daughter, Julie May Tandy and a brother, James Tandy.

John proudly served as Chief Warrant Officer in Army Intelligence for 23 years. With the exception of his tour in Vietnam, his family lived and traveled with him throughout the United States, Panama, and Europe. Upon retirement from the military, John and his family moved back to his Grandfather Pearce’s farm where he spent many summers as a boy. There he raised cattle and continued his civic commitment, serving as Dexter Township Supervisor for 10 years. John was the President of North Lake Cemetery Board for ten years and a long-standing member of North Lake United Methodist Church.

A memorial service was held Saturday, March 26, 2022, 11:00 am at North Lake United Methodist Church, with Rev. Beatrice Alghali officiating. There was a visitation at the church from 10-11 am on the day of the service.  A private burial took place at North Lake Cemetery. Memorial contributions may be made to North Lake United Methodist Church, 14111 N Territorial Rd, Chelsea, MI 48118. Arrangements were entrusted to Cole Funeral Chapel in Chelsea.

click HERE to watch the video of John's service

You may use the form below to share a memory or leave a public message for John's family. Please allow 24 hours for us to review and post your comment.

#1 Jeff Marshall 2022-02-08 14:05
I remember Mr. Tandy from when John and I played sports in jr. high and high school. He was always at the games and he sure let us know when we did good. He also let us know when we didn’t. I have many good memories of being on the Tandy homestead and extend my condolences to John and Jennifer and all of the Tandy family.
Quote
Refresh comments list