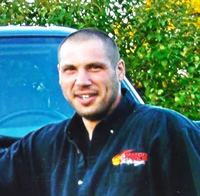 The family will receive friends at Cole Funeral Chapel in Chelsea, Saturday, January 15, from 2 to 4 PM.

You may use the form below to share a memory or leave a message for Michael's family.  Please allow up to 24 hours for us to review and post your comments.

#4 Kevin 2022-02-13 14:08
I got to know Mike beginning in 2009 through snowmobiling. Mike quickly became part of our snowmobiling group and introduced us to another group of great guys. We really had a lot of fun snowmobiling over the next few years, and got to be good friends. One of the best weekends I’ve ever spent was a whirlwind snowmobiling trip to WY with Mike and Chad. Unfortunately, over the last few years we’d lost touch. Mike really was a good soul. To say I’m disappointed is a tremendous understatement. To Mike’s family and those that loved him, I’m so sorry for your loss.
Quote
#3 Marilyn M. Buss 2022-01-15 09:18
My sincere condolences to Carol,Melissa,M elanie and . Emma, and the entire family at this difficult time. On
March third of 1972 my dear friend Linda and I were
with Carol when Michael arrived. He was so cute with
his dimples as he turned into a toddler full of life. My
memories of Mike will always first be of his early years.
He has gone from you far too soon. My thoughts and
prayers are with you now and in the days to come.
Quote
#2 Lisa Meade 2022-01-13 18:52
Prayers and love to the family during this time
Quote
#1 Tammy Haga 2022-01-11 18:12
Carol and family, I'm so sorry for your loss. I will continue to pray for you all.
Quote
Refresh comments list