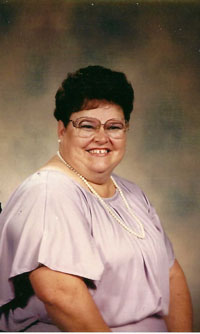 On September 21, 1963, she married Jack A. Elsifor Jr, and he preceded her in death on November 14, 2019. She is survived by her step-mother, Nancy Joseph; and a step-sister-in-law, Janet Tice.  Kate wanted to thank her special friends, Mike and Anita Spears, and Diane Hughes. She was preceded in death by her parents, a brother-in-law, Paul Tice; and a brother, Donald Joseph.

Kate’s ashes will be placed in Forest Lawn Cemetery, Dexter, Michigan at a later date. Arrangements were entrusted to Cole Funeral Chapel in Chelsea.

You may use the form below to share a memory of Kate.  Please allow up to 24 hours for us to review and post you comments.

#2 Chuck and Linda Koch 2021-09-22 14:21
Kate was a wonderful person.She was full of life and joy.She loved the many cars Jack and herself had.Especially a 390 Mustang.She will be truly missed.Gods speed Kate..Love always.

Chuck and Linda Koch
Quote
#1 Marie Jean Smith 2021-09-18 12:18
Kate was a very Special friend to me, we met at the ROOT BEER stand, she was a car hop and I was working inside cooking hamburgers. That was 1967. We both went to work for Federal Screw Works in Sept, 1967. Kate & Jack became very close friends of Marion & myself. We shared a lot of good times together. Vacations, Ford Drag Club, CB Parties, Sharing holidays with our families & friends. Kate & Jack is very sadly missed by me and my family. They were great people to know. RIP KATE 'Love' Marie
Quote
Refresh comments list