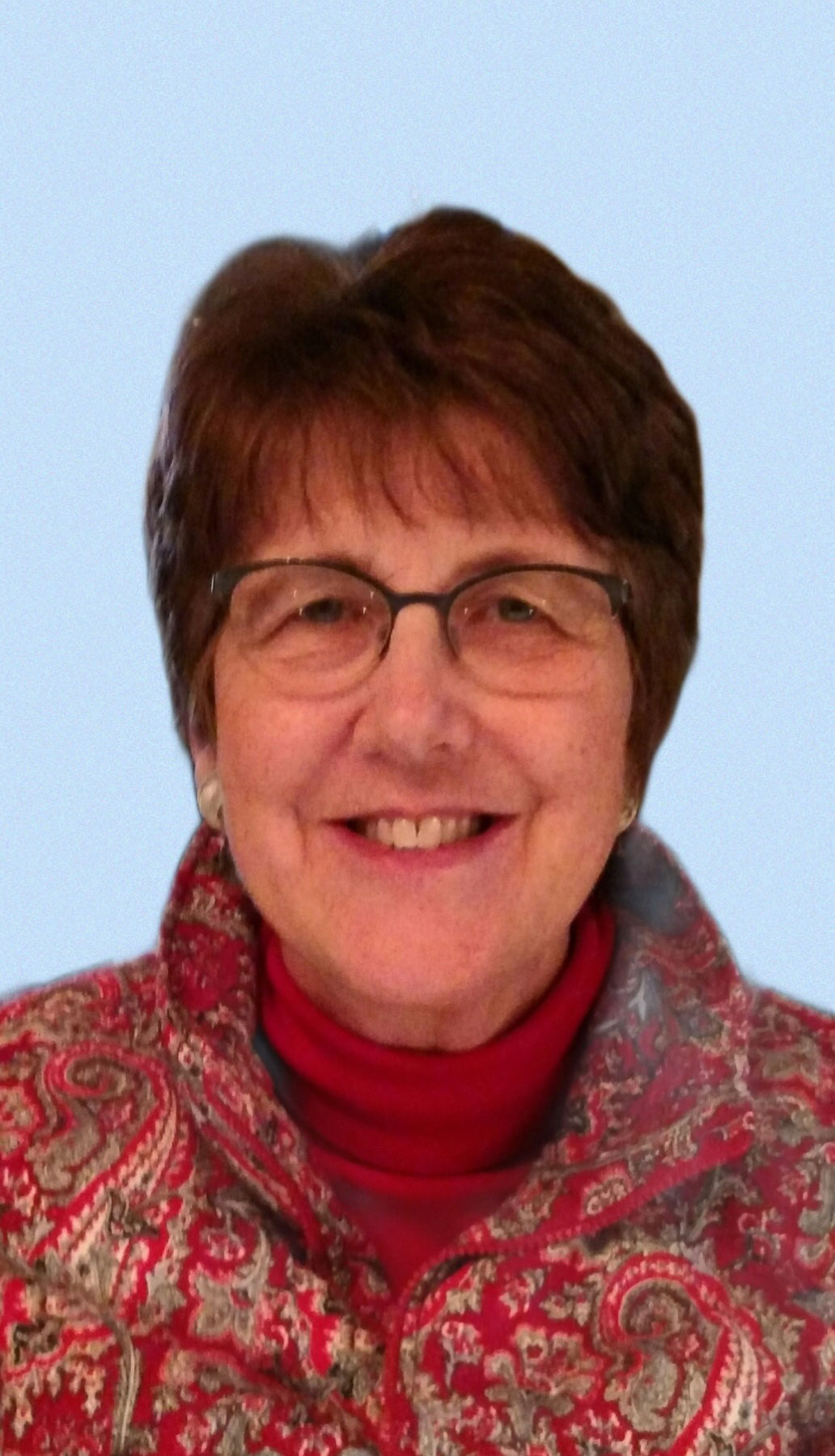 Sandy Lee Schmunk died June 16, 2021 at her home after a long journey with cancer. Born in Detroit, on November 20, 1948 to Myron and Shirley Carlson, she was nurtured by her grandmother, Dorothy Harrison, and, in turn, shepherded her younger sisters, Vicki and Dottie. Sandy graduated from Cherry Hill High School in 1966 and then attended Eastern Michigan University. She married Charles Schmunk on February 3, 1968.

Although Sandy’s life was shortened by cancer, her impact on others was lengthened by her spirit of service. Sandy was a long-time presence at Chelsea Retirement Community (CRC), serving 25 years in several roles, including Activity Director, Social Worker, and Assistant Administrator. She was instrumental in the development and administration of CRC’s Towsley Village. Later, Sandy played a key role in organizing “Joe’s Memory Arts Café” at Huron Woods. Beyond her professional life, Sandy volunteered as Girl Scout Troop Service Director for Chelsea, a troop leader for older girls, and later for residents at CRC. She was devoted to her church community at Chelsea First United Methodist and served over the years as Sunday school teacher, youth group leader, Women’s Society of Christian Service president, lay leader, and so much more. Close friends appreciated her humble leadership, calming influence, sense of humor, inclusiveness, and steadfast love. She was a visionary, patient laborer, and a companion on life’s journey; guided by love, compassion, and humility. Sandy listened openly and gently, inwardly discerning God’s mission in the world, but was not afraid to speak succinctly and boldly for justice. She was grounded in daily devotion and deep spiritual practice.

Together, Sandy and Charles raised and launched their three children into the world by modeling a loving partnership. Sandy supported each of her children in shaping their own parenting, while pouring love, and more love into her seven grandchildren. She was first a cheerleader for all of her children’s sports and performing arts adventures, and then became an enthusiastic encourager of each of her grandchildren and their diverse interests. Sandy enjoyed travel, reading, gardening, and baking amazing angel food cakes with custard!
Sandy’s legacy is carried on by her husband of 52 years, Charles, her children Susan Amick (Jack) and their children Evelyn and Samuel, Dana Schmunk (Eileen) and their children Charlotte, Aila and Caroline, and Betsy Olberg (Derek) and their children Clinton (Essa) and Kara. She is also survived by her father Myron Carlson (Cindy), her sisters Vicki (Don), Dottie (John), her step-sister, Sara (Angelo), and a host of nieces and nephews. She will be missed by her beloved friends, along with all the families she has touched in the Chelsea Community, especially the many members of her church family at Chelsea First United Methodist Church.

Click here to watch the memorial service for Sandy Schmunk

You may use the form below to share a memory or leave a public message for Sandy's family. Please allow 24 hours for us to review and post your comment.

#8 Marcia Schoening 2021-06-21 21:43
Betsy and family, So very sorry to hear of the loss of your Mother and Grandma. My sympathy to you all at this time. Take care of each other. Annissa and Marcia
Quote
#7 SUSAN CROWLEY RN 2021-06-21 14:08
I worked for years with Sandy at CRC. She was very devoted and kind to everyone. May the angels welcome her to paradise and may perpetual light shine upon her soul. A true earth angel. Condolences to her family.
Quote
#6 jeannie aten 2021-06-19 16:09
Wonderful lady. we had fun decorating tables for the breakfasts. always kind and loving to all.
Quote
#5 Karen & Merlyn Street 2021-06-19 09:05
Sandy was a very special person. So sorry for your loss and condolences to the Schmunk family.
Quote
#4 Joan Wolf 2021-06-18 21:59
Sandy was a wonderful person and her life of service touched countless people. She was a friend when I first moved to Chelsea in 1977 with 3 kids age 6, 4 and 2 and didn’t know anyone except Jon’s older relatives. We were both stay at home moms and had our own little babysitting exchange for a while. We lost touch over the years but shortly before coming to Mexico I ran into her a few times when Jon and I attended Joe’s Cafe which she and Chuck facilitated. It felt a bit like full circle interacting with her at the end of our time in MI. She will be missed.
Quote
#3 Joanne Weber 2021-06-18 17:37
Sandy has been a wonderful mentor to me in my walk with Christ for over 50 years. Our conversations have led me to a deep personal relationship that will be with me forever. I know I will see her again. She was an amazing wife, mother, daughter, sister and friend. ❤
Quote
#2 Karen Kagiyama 2021-06-18 10:52
On behalf of our Wesley Woods chaplains and the whole family, we send our sympathy and love to Susan and all of you. May you know God's grace and comfort deeply as you grieve and make this journey.
The peace of Christ be with you.
Quote
#1 John Groesser 2021-06-17 21:30
Sarah and I were saddened to learn of Sandy’s passing. We will always remember her kind words and enthusiasm for life during our time together at Chelsea First United Methodist church.
Quote
Refresh comments list