He graduated from Chelsea High School in 1974. David worked at Polly's Country Market in Chelsea for many years.  He loved animals and was an avid hunter. David was very skilled at carpentry. He was good-natured with an incredible sense of humor. David was a good son and great brother. 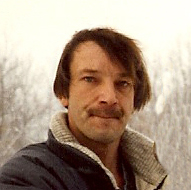 Survivors include his father of Grass Lake; one sister, Sue-Ann (Kirk Drews) Schuelke of Pinckney; two brothers, Danny (Beverly) Schuelke of Grass Lake, and Bob (Dianna) Schuelke of Fowlerville; and five nephews, Matthew, Michael, Adam, Stephen and Derek. He was preceded in death by his mother, Marlene in 2000.