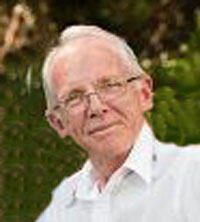 of Chelsea, Michigan, Age 76, died Sunday, November 1, 2020 at his home. He was born July 7, 1944 in Hillman, Michigan, the son of Benjamin & Rebecca Agnes (Nichols) Manning.  David graduated from Hillsdale High School in 1962, and went on to Muskegon Business College to become a CPA. David served in the army in Vietnam. He worked as a CPA his whole life, until 2007, when he became CFO for Bedford Township. He retired from Bedford Township in June, 2020. David was a member of Chelsea First United Methodist Church. He loved their hunting cabin on the Pine River, where he enjoyed hunting, 4-wheeling, and spending time with friends and family.

On September 5, 1965, he married Janice Rae Carley in Cooks, MI, and she survives. He is also survived by a daughter, Leslie Manning of Ann Arbor; a son, Benjamin (Shannon) Manning of PA; 3 grandchildren, Dante Armstrong, Elliet Manning, and Kameron Manning. He was preceded in death by his brother and sister-in-law, Edward and Donna Manning.

No services will be held due to Covid restrictions. Memorial contributions may be made to Habitat for Humanity, 2805 S. Industrial Highway Suite 100, Ann Arbor, MI 48104. Arrangements by Cole Funeral Chapel.

You may use the form below to share a memory or leave a public message for David's family.  Please allow up to 24 hours for us to review and post your comments.

#1 Fritzemeier Family 2020-11-04 19:04
Dave was such a wonderful neighbor and friend. We have many memories of block parties, going to the hunting cabin, and many interesting conversations. We will truly miss him.
Quote
Refresh comments list