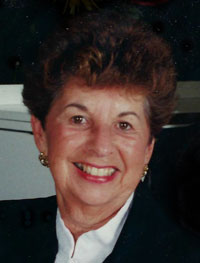 More than anything Eva loved spending time with her family. For years, she worked in downtown Chelsea, first at Chelsea Drug Store, and then at Chelsea Card and Gift. Many new friendships were made, especially when she worked behind the soda fountain at Chelsea Drug Store. Two of her favorite hobbies were golf and making beautiful stained glass pieces. In 1966 she was the Women's Club Champion at Inverness Country Club. On September 8, 1994, she received a Hole In One plaque while golfing at Pine Course in Fairfield Glades, TN.

A private graveside service will be held at Oak Grove East Cemetery in Chelsea. Memorial contributions may be made to Arbor Hospice. Arrangements were entrusted to Cole Funeral Chapel.

You may use the form below to share a memory or send a public message with Eva's family.  Please allow up to 24 hours for us to review and post your comments.