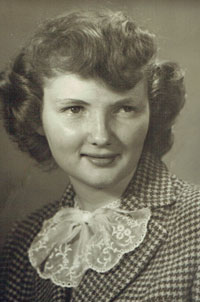 Barbara Kline passed away peacefully at her home in the Chelsea Retirement Community on August 14, 2020. She was born on August 5, 1929 to Clifford and Naomi Kelly in Frederick, MD. She married James D. Kline on November 23, 1950; he preceded her in death in 2003. She is survived by her daughter Andrea and son-in-law Paul Evanoff of Gregory, Michigan, her son Kelly of Baltimore MD, grandson Joseph Kline of Red Lion, PA, and several nieces and nephews.

Although she was an excellent student, Barbara’s father discouraged her interest in higher education since it would be “wasted on a housewife”. But, as soon as her children were old enough, Barbara began taking community college classes eventually earning Bachelor’s and Master’s Degrees in Early Childhood Education and Administration. She worked at the Milford Mill Church Child Development Center for 27 years where she eventually served as Executive Director. A scholarship fund was established upon her retirement in recognition of her service.

Barbara was an accomplished musician, performing as organist for many church services and choir practices. And she loved gardening, toiling countless hours in her flowerbeds.
Cremation has taken place; a ceremony will be held at the family cemetery in Lewistown at a later date. In lieu of flowers the family wishes that contributions be made to the following charitable organizations:

United Methodist Retirement Communities Foundation
Barbara was a long-time resident of Chelsea Retirement Community and greatly appreciated the care and love she received from her neighbors and the staff. Memorial gifts can be sent to:
UMRC Foundation
805 W. Middle Street
Chelsea, MI 48118
or online at https://umrc.com/umrc-foundation/