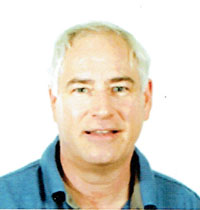 In the early hours of Saturday, December 21st, 2019, Larry Paul Sivrais, loving father, brother, and grandfather, passed away peacefully after a prolonged illness at St. Joseph Mercy Hospital in Ann Arbor at the age of 65.

Larry was born on February 15th, 1954, in Cheboygan to Joseph Edward and Annie Mae (Elder) Sivrais. He was a merchant marine sailor for over 30 years. He had a love for the Great Lakes and a passion stronger than its raging waters. Larry had many grand adventures with his buddy Chris and plenty of great sailor stories to tell.  He graduated from Mackinaw City High School, lived in Cheboygan until 1997 when he moved to Chelsea.

He is survived by his daughter Carolyn; son-in-law Russ; grandchildren Alexis, Savannah, Maggie, Olivia, Declan, and Jacqueline; his brother Jim and sisters Dolores, Mary, Tammy, Joyce, and Sally Elizabeth; and many nieces and nephews.

Larry had a passion for hunting and fishing, Boy Scouts, vacation travel, as well as making birdhouses and collecting rocks along the beaches of the Great Lakes.

“As I lay my head down to rest,
I come to the Lord with one request;
May the mighty lighthouse always choose
To be the friend of boats and crews;
But if one day it may decide
To lead us to rocks and make us collide,
I’ll accept my fate and live with the fish,
Because it’s the mighty, mighty lighthouse’s wish.”

A celebration of Larry’s life will be held “Up North” later in 2020.