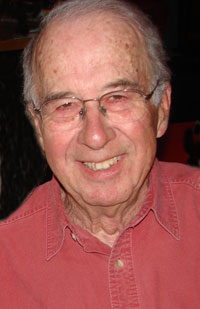 of Chelsea, Michigan, formerly of Detroit, Livonia, age 92, died Friday, December 20, 2019 at the Chelsea Retirement Community. He was born April 27, 1927 in Detroit, Michigan, the son of Samuel & Louise (Nagel) Lang.

On April 20, 1957, he married Gail Clark in Livonia, Michigan, and she preceded him in death on September 12, 2019. Survivors include three daughters,  a son, 7 grandchildren, 5 great-grandchildren, and 6 nieces & nephews.  He was preceded in death by a brother, Donald, and a sister, Betty Bowers.

No services are planned.   Memorial contributions may be made to the UMRC Heritage Foundation.
Arrangements by Cole Funeral Chapel.