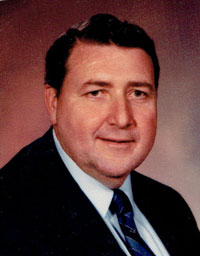 Jack graduated from Dexter High School in 1963. He served in the US Army, serving in Vietnam from 1966-1968. Jack worked for Federal Fluid Power in Plymouth, retiring in 2005. He enjoyed his family and taking care of his yard.

On September 21, 1963, he married Kathaleen Joy Joseph and she survives.  Other survivors include his step mother-in-law, Nancy Joseph of Chelsea; and a step-sister-in-law, Janet Tice of Houghton Lake, MI. He was preceded in death by his parents and a step-brother, Paul Tice.

Per his request, no services are planned.  Burial will be at Forest Lawn Cemetery in Dexter. Memorial contributions may be made to Chelsea VFW Post 4076.