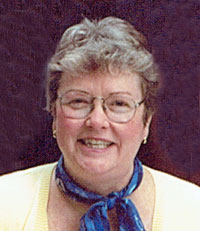 of Chelsea, Michigan. An eternal optimist, generous in life and spirit, and blessed with an uncompromised ability to laugh, Mary Louise (Leeman) Rigg, daughter of Frederic and Mary Jane (Riker) Leeman, passed away October 20, 2019 at the Henry Ford Allegiance Hospice Home in Jackson. Mary Lou was born July 9, 1947 in Ann Arbor, Michigan. She lived with her family in Ann Arbor until 1965 when they moved to Manchester. Mary Lou made many friends in Manchester and maintained a close relationship with her Ann Arbor friends her entire life. After graduating from Manchester High School in 1965, she attended Northwestern Junior College in Traverse City Michigan.

In August 1967, she married Richard Rigg and he survives. After starting a family and having two children,  Mary Lou attended Eastern Michigan University to attain her bachelor degree in Child Development and Family Living and served as a director for the Manchester Cooperative Day Care Center. After moving to Chelsea, Mary Lou became an active member of the First United Methodist Church and worked as an Activity Director/Volunteer Coordinator at the Chelsea Retirement Community. Later Mary Lou received a Master’s Degree in Counseling from Sienna Heights University and worked as the Western Regional Center Coordinator for Washtenaw Community College for many years. She retired as a counselor from WCC in May of 2015.

A memorial service will be held Sunday, May 24th, 2020 at 12:00 pm at the Chelsea Depot. Memorial contributions  may be made to the Jehovah's Witnesses Chelsea Congregation 17690 W Old US Hwy 12, Chelsea, MI 48118. Arrangements by Cole Funeral Chapel, Chelsea.