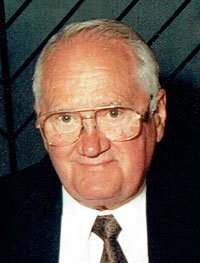 Robert graduated from Pontiac IL High School in 1942, and served with the US Army Air Corp during WWII. Robert worked for GM until his retirement in 1980.  He was a member of the American Legion and the Masons. Robert and his family attended the United Methodist Church in Plymouth. He was passionate about fine woodworking, and built several beautiful homes. Robert loved to travel, and had been to all 50 states.