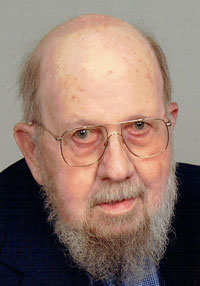 of Chelsea, Michigan,  age 86, died Wednesday, September 4, 2019 at his home in Chelsea. He was born September 9, 1932, the son of Delbert and Sudie (Huff) Harris.   Orville graduated from Loyall High School. He served in the U.S. Army in the Pacific Far East during the Korea era. He worked at Associated Builders, then Central Fiber and Blaess Elevators. Orville retired from Chelsea Milling. He and Joyce enjoyed square dancing. He was a former Mason and a former member of the Church of Christ.

On July 3, 1951, he married Joyce J. Farley, and she preceded him in death on Feb. 14, 2019.  Survivors include a son, Derrick (Barri Mileo) Harris of Chelsea; 4 grandchildren, Carrin Harris, Katherine Weiseman, Christopher Harris, Michael Harris; 1 great-grandson, Drake Walker; one sister Sally Lightfoot and many nieces, nephews and cousins. He was preceded in death by eight siblings.