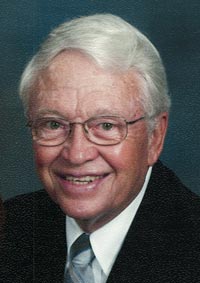 Joe. He entered, lived, and exited life surprising those he knew.

He was way too premature to easily survive his August 15, 1933 birth in Charleston, West Virginia. Ever immersed in numbers and jokes, he’d have loved to quip he cheated death for 31,215 days — then hung on briefly in hospice, apparently stable, before dying peacefully in five minutes the morning of January 31, 2019.

Joe lived the first quarter of his life in the Mountaineer State. He graduated West Virginia University in 1955 with a BA in business administration. Joe came from a family of World War I and II veterans, and he enlisted in the US Army in February 1956. He was honorably discharged as an SP-3 into the Reserves following service in Germany with the legendary First Artillery during the height of the Cold War.

Joe met his first love Gertrud Scheible during his overseas deployment. They married in Weingarten, West Germany on July 22, 1957, and settled in Plymouth, Michigan. She embedded in him a permanent love of everything German — particularly her cooking, bakery pretzels, and Christmas stollen. He threw himself into his single career with Ford Motor Company. He was at once dedicated, meticulous, detailed, an administrator of purchasing from the supply chain, who arrived at work before anyone else.

Joe retired to Florida, golf, and a college football addiction that rotated rapidly through the Mountaineers, the Wolverines, and the Gators. Through a mutual friend he met his autumn-of-life beloved Margaret C. “Peggy” Tobin. They married on May 1, 1999. Joe always stepped out meticulous, clean-shaven and sharp; Peggy matched him. They shared 18 years punctuated by RV adventures, beloved Hawaii excursions, and ultimately his constant care as Peggy succumbed to Alzheimer’s. It crushed Joe when she was laid to rest with perfect symbolism during the Great Solar Eclipse of 2017. The ever-present images of Peggy and Joe holding hands will last in warmth and poignancy with their deep extended family, who bore witness.

In the last years of his life, Joe sailed into calmer, softer, warmer seas. He became a story-telling time machine, pulsing back and forth from his boyhood bicycles to a caring, contemporary core.  He did repeatedly fudge his diabetic diet with scavenged Oreos and any Perkins dessert...up through a quintessential Joe foodie beatdown of Thanksgiving 2018 dinner.

Within his Presbyterian faith, Joe revisited his love for Peggy until the very edge of his ability to push words into the air. His special caregivers at Serenades (The Villages, FL) and Birchwood Retreat (Chelsea) know how close to our hearts they are held by our extended family.

Ahh, Joseph, your simple, infectious greetings, “How are the kitty cats?” and “Where’s Tucker?” linger... Peace.

As beautiful as those flowers might be, please consider donating to the Alzheimer’s Association or the Humane Society of your choice in Joe’s name.