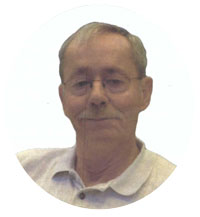 Jerre Lee Morton grew up on a farm near Ault, Colorado with his parents Bob and Anita Morton, as well as his older brother, Jim. Jerre enjoyed music throughout his life and played the alto saxophone and guitar. He loved God and had a strong Christian faith.

Ann and Jerre were married in 1965 and had two children, Kimberly (Mike) Dowsett and Kurt Morton. They also have three grandchildren, Cody Morton, Kaitlyn (Nathan) Cagna, and Everleigh Dowsett. As a couple, they shared a love of the outdoors, an appreciation for art and antiquities, and a devotion to each other and family.

Jerre had a varied and successful career focused in electrical engineering and construction management. He worked for several companies including Western Filter Co., NHPQ, U.S. Engineering, and Atkinson Electronics, Inc. He was a founding partner/owner in Architectural Engineering Associates. Jerre was with Sverdrup and then Jacobs (various divisions) for 27 years before his retirement in December 2013. He worked in all but four of the fifty United States, in addition to the countries of Mexico, Japan, France, and South Korea.

Jerre had a fascination with space exploration and the heavenly sky. Through the years he enjoyed tracking the space shuttle launches and celestial events. One of his favorite projects was in 1991 when he was brought in as the Site Manager for the NASA Space Shuttle main engine (SSME) Test Stand facility at the Marshall Space Flight Center
in Huntsville, Alabama.

As a man, Jerre was best known for being hard-working, generous, strong, and kind. He enjoyed travelling the world, but also loved being at home with his family.

Click here to watch a slideshow of Jerre's life

You may use the form below to share a memory or leave a public message for Jerre's family. Please allow 24 hrs. for us to review and post your comment.