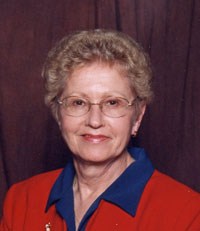 Anita Parks, age 82, was born April 22, 1940, in Halstead, Kansas, the third of six children of Anthon and Gladys (Walters) Sundbye. She died on Monday, August 1, 2022, at St. Joseph Mercy Chelsea, from complications of Parkinson’s Disease. Anita graduated from Halstead High School in 1958, then attended Southwestern College (KS) for two years. She completed her BA in education at Wichita State University in 1963, and her MA in educational leadership from Eastern Michigan University in 1977.

She was married to John W. “Bill” Todd from 1959, until they divorced in 1977. They had one son, Corbin. In 1980, she married Harry Parks. With her son, Corbin Todd, and Harry’s two sons, Matthew and Benjamin Parks, they became a blended family of five.

Anita began her career in education as a teacher at Mueller Elementary in Wichita, KS from 1963-1965. In 1965, she and Bill joined the Peace Corps and served two years in Sierra Leone, West Africa, and the following year as Peace Corps recruiters in the Midwest region, headquartered in Chicago. From 1971-1978 she was with the Dexter (MI) Community Schools, first as an elementary teacher, then as reading consultant and part-time teacher of academically talented. She was gifted education consultant for the Washtenaw Intermediate School District (Ann Arbor, MI) for ten years (1978-1988) and also parttime instructor for Eastern Michigan University. From 1988 until her retirement in 1994, she was principal of Eberwhite Elementary, Ann Arbor.

After retiring, Anita and Harry moved to central Florida (St. Cloud, then Orlando) where they remained for 20 years before returning to Michigan. Life-long Methodists, both were active in the St. Cloud United Methodist Church, holding leadership positions, organizing the church library, and making liturgical banners for the sanctuary.

They enjoyed taking many trips, both at home and abroad, often with family and friends, including special trips with each grandchild for their tenth birthday. Anita completed master gardener training and volunteered for several years at the plant clinic at the Osceola County (FL) extension office. She was also a frequent volunteer at the St. Cloud Food Pantry.

She traced her family history back several generations which led to visiting ancestral sites in Norway and Ireland. She was a member of the Osceola County genealogy club and published its award-winning newsletter. Later, birding became another new and satisfying hobby she and Harry enjoyed, frequently taking birding trips with friends.

After 20 years in Florida, Anita and Harry moved back to Michigan in 2015, first to Ypsilanti, then in 2019, to the Chelsea Retirement Community. She often said how blessed they were to have had so many fulfilling retirement years.

Cremation has taken place. A private memorial service will be held at a later date. Anita and Harry have requested that their ashes be scattered on Lake Huron near where they spent many pleasurable weekends and summer vacations at their condo in Oscoda. Memorial contributions may be made to United Methodist Retirement Communities Foundation (UMRC), 805 West Middle Street, Chelsea, MI 48118. Arrangements by Cole Funeral Chapel in Chelsea.

You may use the form below to share a memory or leave a public message for Anita's family. Please allow 24 hours for us to review and post your comment.

#3 Fonda Heikka 2022-08-10 10:42
I got to know Anita and Harry while they lived in Ypsilanti, MI. As they would say, "life long Methodist" they were both active at Stony Creek United Methodist Church. I felt especially close to them as I was their Care Bear while living here. Harry I will keep Anita in my heart and please offer my prayers to your sons and their families. God Bless.
Fonda
Quote
#2 Derk Babbitt 2022-08-04 05:09
Harry,

I have fond memories of traveling to Florida and visiting your and Anita’s home. As kids, we were amazed that someone would have a pool in their backyard. We started a game of tag, and I ran headfirst into your sparkling-clean , glass sliding doors. My face was burning red with embarrassment but Anita, ever the teacher and caretaker, comforted me. In all our time over the years, Anita made people feel welcome, listened to and at ease. She was naturally curious and helped track down our family history. It was a joy hearing my Grandma (Marilee) reminisce about Anita and her trip to Australia/New Zealand as well as the multiple, Sundbye sibling cruises. Anita will be deeply missed, and we send our love to your grieving family. Derk Babbitt, Cesar Vargas, Genesis Vargas and Jersson Vargas.
Quote
#1 Judy Babbitt 2022-08-03 11:09
I was blessed to know Anita Parks. She was/is my Aunt. The best word that describes Anita is "kind". She pulled people to her just with her presence. She shared so many of her talents with her family - all of us - and those she just met. She had such a caring manner. My Mom Marilee loves her sister so much and shared so many wonderful times and trips and love together. I am a better person to have had Anita in my life. She is in heaven now and her bright soul just continues to shine. Rod, Derk, Ashley, Weston and Keefer, and I send our love to you Harry and all your beautiful family. Much love Judy Babbitt
Quote
Refresh comments list