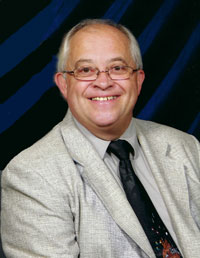 Douglas Charles Hartley was born on October 12, 1949, to Harold W. Hartley and his wife, Florine (‘nee Kinne), in Monroe, Michigan. He was received into God’s Kingdom of grace through Holy Baptism on November 13, 1949, at St. Paul’s Lutheran Church of Monroe by Pastor Adalbert Schultz. He was also confirmed in the Christian faith at St. Paul’s by Pastor Lawence Nolte.

Following high school graduation from Michigan Lutheran Seminary, our Wels Preparatory High School in Saginaw, he attended and graduated from Northwestern College in Watertown, Wisconsin, earning a Bachelor of Arts degree. He attended Wisconsin Lutheran Seminary in Mequon, serving one year as a vicar at St. Paul’s in Ottawa, Canada, graduating with a Masters of Divinity degree. Upon graduation in 1975, he was ordained and installed as pastor of New Hope Lutheran Church in Omaha, Nebraska. He also served Redeemer of Merritt Island, Florida, Amazing Grace of Taylor, Michigan, and spent the final 20 years of his full-time ministerial service at Salem Lutheran of Ann Arbor, Michigan.

On June 17, 1972, Douglas Hartley and Kathy Auger were united in marriage at Bethel Lutheran Church in Bay City, Michigan. The Lord blessed their marriage with countless evidence of his goodness during their 50+ years together. Among those blessings were the gifts of four children, Dawn, Doug Jr., David, and Joel. In addition, they have been blessed with 10 grandchildren and five great-grandchildren.

Our brother in Christ left the Church Militant with its struggle of faith in this life to join the Church Triumphant with its sure victory in heaven on Wednesday, July 20, 2022. His time of grace in this world was 72 years, 9 months, and 8 days. He is survived by his wife, Kathy; a daughter, Dawn Brugger, with her husband, Joseph, of Hudson; three sons, Doug Jr., with his wife, Annette, of Milan, David with his wife, Beth, of Manchester, and Joel of Ann Arbor; 10 grandchildren, Nathan Nightingale (with Emily), Brittney Sumner (with her husband, Gatlin), Gage Nightingale (with his fiance, Avery), Gillian Miranda (with her husband, Joshua), Chase Hartley, Emma Dirkse (with her husband, Cody), Andrew Hartley, Natalie, Brandon, and Drew Hoeft; as well as great-grandchildren, McKenna and Max Nightingale, Parker, Asher, and Marshall Sumner. He was preceded in death by his parents; one brother, Wayne; and a daughter-in-law, Amanda.

You may use the form below to share a memory or leave a public message for Douglas' family. Please allow 24 hours for us to review and post your comment.

You are in our prayers as you mourn the loss of your very dear husband, father, grandfather, and great-grandfath er.

We give thanks to God for Doug's victory in Christ. "For me to live is Christ, and to die is gain!" May God's sure Gospel promises uplift you with peace, hope, and yes - joy in the weeks and months ahead.

Much love from Saginaw.
Quote
#1 Ed and Doris Herman 2022-07-22 16:03
Dear Kathy and Family, We are very sorry to hear of Doug's death. He will be greatly missed by all of us. We extend our sincere sympathy to you all and are so thankful that he was a child of God who is now with his Heavenly Father. We hope to attend the funeral on Mon. We leave you in His loving care during this difficult time.
Quote
Refresh comments list