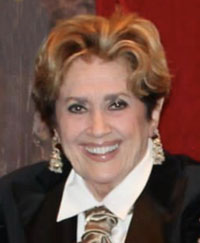 Of Dexter, MI, died unexpectedly January 4, 2022, at St. Joseph Mercy Hospital in Chelsea. She was born August 9, 1940 to parents John Luther & Mary Vivian (Altherr) Keeney, the youngest girl of seven children.
Carol believed in "Truth, Goodness and Beauty". Her beautiful garden sanctuaries and landscaping talents attest to this philosophy, as well as her writings and her love and support of animals in need.
Her many accomplishments include working as an OR Nurse while raising her children; opening her Ann Arbor business, C.A.S Ballet Theatre School; and founding the non-profit Ann Arbor Ballet Theatre where she gave benefit performances for Mott Children's Hospital, Humane Society of Huron Valley and many others.
Loving and generous mentor, educator, friend, neighbor, parent, sister - all of these were you Mom. You spoke your mind, blazed your own trail and lived life on your terms, touching the lives of so many.
Carol is joined in death by beloved son Mark Scharp; siblings Marguerite, Lois, Mary, Bud & Mike; former husband Jack Scharp. Carol is survived by daughter Kathy Scharp, brother Rob Keeney, nieces, nephews, friends, neighbors, former students and former husband Srecko Radovic.

A memorial service will be held at a later date. Memorial contributions may be made to Mott Children's Hospital or the Humane Society of Huron Valley. Arrangements by Cole Funeral Chapel, Chelsea.
You may share a memory or leave a message for Carol's family using the form below. Please allow up to 24 hours for us to review and post your comments.