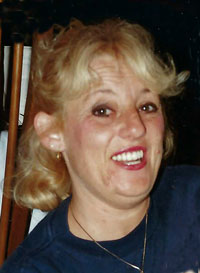 Kyra was a firecracker. She was loud, fun, and feisty, and could spark conversation with a stranger, or light up a room with her laughter. She was strong and direct and a force to be reckoned with, she was also beautiful and flirty and occasionally a little over the top! (Understatement of the year.) She was born in the south, and grew up in Detroit where she attended high school. She later earned her GED, and additional accreditation to become a realtor and broker for Century 21 Welty-Farrell Realty in Jackson, Michigan. She was a co-owner of a 7-11 on West Avenue in the 1970s, and later did some modeling.

Kyra was a Christian and a woman of strong faith. She loved to sing and dance and often played music loud enough for the neighbors to enjoy. She was an avid gardener with a green thumb who loved crafts, crocheting, and all her pets (which included a few neighborhood squirrels). She was a fantastic cook and made the world's best gravy. She loved decorating for holidays and spending time with her family, especially to attend flower day at Eastern Market with her daughters. She will be deeply missed.

Survivors include three daughters Thaya (Patrick) Rowe of Waterloo, Tonya Lawrence of Waterloo, Khristina Hillard of Jackson, six grandchildren Wyatt, Willow, Samantha, Brooke, Alexis, and Kaedon, three brothers Vern (Denise), Ron Jr., and Terry. She was a loving step-mother to Terri, Jody, Kari, Stephanie, Heath, and Scott. She was preceded in death by her parents and her step-daughter Terri.

A memorial service will be held Wednesday, January 12, 3:00 pm at Cole Funeral Chapel, Chelsea. Memorial contributions may be made to the Kyra A. Hillard Muma Memorial Fund.

Click here to watch the video of Kyra's memorial service

You may share a memory or leave a message for Kyra's family using the form below. Please allow up to 24 hours for us to review and post your comments.