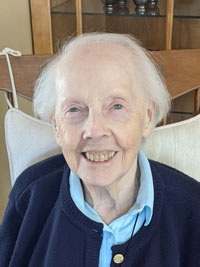 of Mt. Pleasant, MI, formerly of Chelsea, MI, age 91, died Sunday, July 25, 2021, at Green Acres of Mt. Pleasant.  She was born September 28, 1929, in Detroit, Michigan, the daughter of Willis and Ferrol “Fay” (Hayden) Osgood. She was a 1947 graduate of Cooley High School in Detroit. She was a loving mother and wife who lived her life to care for her family.

A graveside service will be held at a date yet to be determined, at Oak Grove East Cemetery in Chelsea. Arrangements were entrusted to Cole Funeral Chapel in Chelsea.

You may use this form below to share a public memory or leave a public message for Fay's family. Please allow 24 hours for us to review and post your comment.