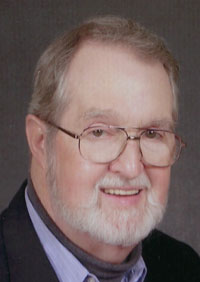 of Milan, Michigan, formerly of Grass Lake and Chelsea, Age 79, entered into glory Tuesday, May 11, 2021, at St. Joseph Mercy Hospital. He was born to William Kenneth and Alma Irene (Dragoo) McAfee, on April 30, 1942. Bill graduated from Strong Vincent High School in Erie, Pennsylvania in 1960 and then Allegheny College in Meadville, PA in 1964 with his BA in History. After graduation, Bill worked for the U.S. Public Health Service in New York from 1964 – 1966 until he enlisted in the U.S. Army where he served until 1969 stationed in Fort Sill, Oklahoma. Bill worked in the Human Resources field and held a position as Reed City Manager from 1983-1986. In 1986, he accepted the position of Human Resources Director for the Washtenaw County Road Commission in Ann Arbor from 1986 –2005 when he retired.
Bill is survived by his wife Jeanette Day of Milan; two daughters from his first marriage to Patricia Yowell, Joanna McAfee and Jennifer (Todd) Patrick; two children from his second marriage, Bill (Megen) Day and Carolynn (Alan) Wright; grandchildren, Tucker, Timmy and Lilly Patrick; Lauren and Michael Day, Angela (Josh) House and Meredith (Josh Blessing) Wright, and Joseph Wright; great-granddaughter Elle House; niece, Kelly McAfee; and nephews, Christopher and Robert McAfee. He was preceded in death by his parents; and brother, Keith McAfee.
Bill formed the Carpenter-Welch Camp No. 180 for the Sons of Union Veterans of the Civil War. He was a member of the American Legion Post #225, Custer Memorial Association, Harrison County (WV) Genealogical Society, Castor Association of America, and Saline Masonic Lodge #133. He served as Vice President and President of the Dragoo Family Association from 2004-2010, and was an active member of the Sons of Union Veterans of the Civil War where he served as the National Chaplain from 2003-2004 and as Chaplain for the Department of Michigan. Bill asked Jesus to be his Lord and Savior in 1981 at Evart Evangel Assembly of God. In recent years, Bill was a member and board member of the Dundee Assembly of God.
Funeral services will be held Wednesday, May 19, 2:00 pm at the Dundee Assembly of God, 13790 S Custer Rd, Dundee, MI. Visitation will be at the church Wednesday from 12 noon – 2 pm. The burial will be held at Ft. Custer National Cemetery in Augusta, MI. Arrangements were entrusted to Cole Funeral Chapel in Chelsea.
A link to watch the recording of Bill' service is available here
Click here to watch Bill's graveside service
You may use the form below to share a memory or leave a message for Bill's family.  Please allow up to 24 hours for us to review and post your comments.

#3 Martha Dragoo 2021-05-18 13:18
Michael and I knew Bill from the Dragoo Family Association and we will always remember Bill and Jeanette as friendly, helpful, positive, and supportive participants of the DFA . Bill was a very effective leader serving as Vice and then President as well as other supportive roles including his many prayers over the years. We always enjoyed his hearty greetings at our reunions. We send our heartfelt sympathy to Jeanette and his family.
Quote
#2 Paul Arnold 2021-05-14 09:49
I met Bill in regards to my affiliation with the Sons of Union Veterans of the Civil War. First off let share what a wonderful and kind man Bill was, and what a true pleasure it was to know him. Bill made such an impact within the organization. He had the rare talent of making people feel like they had know him for years even if they had just met him. He made a real impact at the local, state and national levels of the organization. He will be truly missed. To Bills family. May God wrap his arms around all of you and hold you close during this difficult time. I consider it such a privilege to have known Bill and I will miss him.
Paul Arnold, pdc
SUVCW
Quote
#1 Mike Anderson 2021-05-13 19:09
Many great memories working with Bill at the RD Comm may he rest in peace in the arms of our Lord. Sympathy and prayers to his famiy.
Quote
Refresh comments list