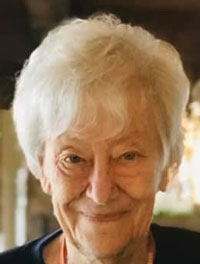 Karen graduated from Pioneer High School in 1962. She earned a Bachelors in Physical Education from U of M, and taught one year in Grand Blanc, followed by two years at elementary schools in Ann Arbor. She taught horse riding at Everett Stables and later Stoney Ridge. After raising her children, she worked at Braun-Brumfield (later Sheridan Books) for 29 years.

No services are planned. Memorial contributions may be made to cancer society of your choice. Arrangements were entrusted to Cole Funeral Chapel in Chelsea.

You may use the form below to share a memory or leave a public message for Karen's family. Please allow 24 hours for us to review & post your comment.