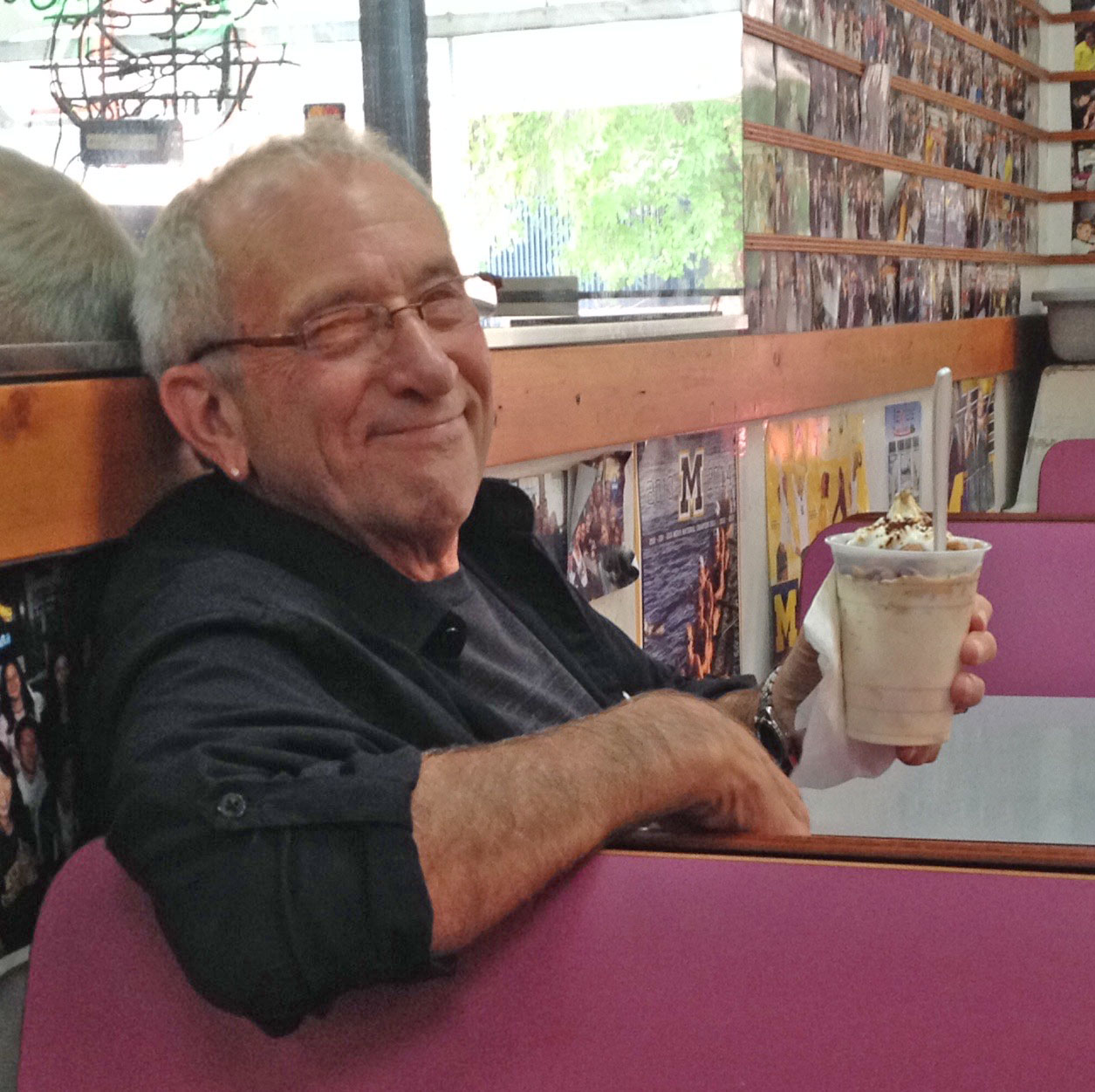 Rod graduated from Pioneer High School in 1966, and Washtenaw Community College in 1970. He graduated from Eastern Michigan University with a Bachelors in social work. Rod did inmate counseling, substance abuse counseling, and probation counseling from 1974-1983. He had been a Youth Education Director at Zion Lutheran Church from 1983-1994. Rod was the owner of Rod's Diner in Ann Arbor from 1994-2003, and he enjoyed staying in touch with many of the youth throughout their lives. He was an active member of Chelsea First United Methodist Church, and served as a confirmation mentor.

Rod was an advocate for LGBTQ rights, and volunteered as a peer counselor for Alcoholics Anonymous and drug recovery at prisons, including Cassidy Lake. He was part of a cancer support group in Ann Arbor. Rod loved going on road trips, especially to the ocean, Lake Michigan and Route 66. He enjoyed gardening, woodworking, antiques, and he loved to cook.

On Aug. 24, 1968, he married Susan M. Hines, and she survives. Other survivors include a son, Christopher Craig of New Orleans; a daughter, Michelle Craig of Chelsea; three brothers, Gerald “Skip”, Gordon (Kathy), and Mark; a sister, Georgeanne Richardson-Craig; nieces and nephews, Jerry & Terry, Anne & Diane, Brian, Brea & Tanner; his honorary grandchildren, Amelia and Ruthie; and great-niece, Scarlett. He was preceded in death by his brother, Mike.

A memorial service was held on Saturday, July 24 at 11:00 am at the Chelsea First United Methodist Church. The family received friends prior to the service at 10:00 am at the church. Burial will take place at Mt. Hope Cemetery in Chelsea. Memorial contributions may be made to Faith in Action of Chelsea or the American Cancer Society. Arrangements by Cole Funeral Chapel.

You may share a memory or leave a message for Rodney's family using the form below. Please allow up to 24 hours for us to review and post your message.

#7 Eula Eddy 2021-07-18 09:10
Truly heartfelt sorrow your loss
Quote
#6 Howard Cooper IV 2021-07-18 03:50
Rod was a huge part of my life growing up as a teenager in Chelsea. He was my mentor through confirmation at CFUMC, and maintained contact with me beyond that. Rod often reached out just to check in on me, ask me how I was doing, or to hear about my progress on the goals and aspirations I had at the time. Rod was the most wonderful, kind, wise, loving mentor. I will miss his great laughs, his words of wisdom, his coffee sit-downs at the church, and so many other things. Perhaps one of my favorite memories with Rod is when the CFUMC confirmation group went to Cedar Point together. It was mediocre weather at best (cold, wet, and windy) and I kept trying to convince Rod to ride various rollercoasters with me. Rod had a prompt answer of heck no every time until I finally begged his ear off and got him onto the giant Ferris wheel. Him and I weren’t too fond of the heights from way up there. We had some good hugs when we got back to solid ground. I miss you tons Rod.
Quote
#5 Ben Ingram 2021-04-03 11:54
Rod was a big part of my childhood, especially my teenage years. In my mind his main impact on myself and the other kids in the youth group at Zion was twofold. He encouraged us to be true to ourselves - to pay attention to whatever excited us. The other was to be kind and empathetic to others. Two lessons that sound simple, but aren't always easy for teenagers to learn! Like many others, I feel so lucky to have someone like Rod to be part of my formative years. He will be missed! Love to Sue, Chris, Michelle and the rest of the family.
Quote
#4 Kim Eder 2021-03-27 12:32
So sorry for your loss Sue. You are in my prayers.
Quote
#3 Joanne Weber 2021-03-27 09:21
My tears flowed and my heart tore in many pieces when I heard about Rod's passing. He was an amazing friend. Now he is "flying free" with no more pain. Death stings for his loved ones left behind but he has been blessed for having us in his life. Tears will flow but eventually there will be great memories and smiles. O pray your family finds these soon. My prayers are with you.
Quote
#2 Penny the Neighbor 2021-03-24 15:23
Craig Family, Rod was such a fighter! I was cheering all of you on to beat that awful affliction. My heart goes out to you. Lifting you up in prayer and positive thoughts.
Quote
#1 Sandy Ball-Jenkins 2021-03-24 12:58
Sue, I am so sorry to hear of your loss. I didn't know that Rod had been I'll for so long. I pray that you and your children find comfort in the fact that you will be with him again in the future. I will pray that the Lord gives you comfort in the upcoming days.
Your friend,
Sandy
Quote
Refresh comments list