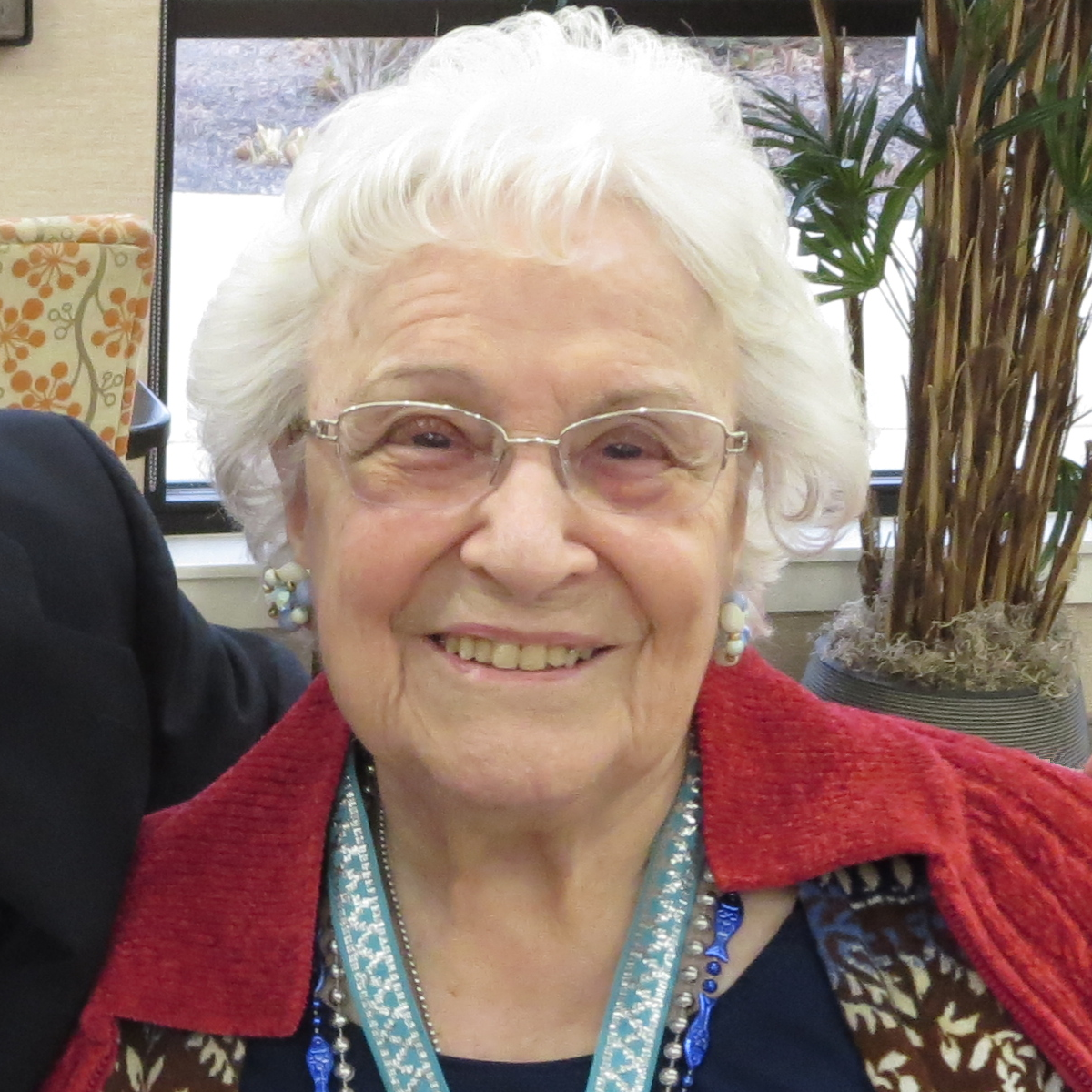 Age 97, of Chelsea, MI, formerly of Plymouth, MI, Loudon, TN and Detroit MI passed away on Friday, February 19, 2021 in Chelsea, Michigan.  Gloria was born January 23, 1924 in Detroit, MI, the daughter of Edward Clark & Ida Therese (Thernes) Bailey. She graduated from Cooley Highschool and received her B.A. with a major in Psychology from Wayne State University where she also received her Teaching Certificate and a M.A. in Guidance and Counseling. She devoted her career to teaching, specializing in remedial reading, in the Detroit Public Schools. On July 14, 1951 she married Maxwell Edward Hunt in Detroit, MI, and he preceded her in death on August 27, 2008.

Retiring in 1985, she and Maxwell moved to a mountain side home in Tellico Village in Loudon, TN. Here they enjoyed the beautiful surroundings, traveled extensively, and became an active member of the local community. Gloria was especially involved with the Community Church at Tellico Village. She returned to Michigan in 2010.

Gloria loved family, friends, God and country. Her boundless energy, love of country and willingness to always accept a challenge led to her joining many local and national organizations that focused on preserving our national heritage. She was most active in the Daughters of the American Revolution (DAR). Gloria joined DAR in 1964 through the Louisa St. Clair Chapter, Detroit, MI, where she was a Chapter Regent (1971-1973) and 27th State Regent (1979-1982). At National level she was Vice President General (1982-1985). The highlight of her year was always attending each spring the National DAR Convention in Washington, DC. She was also Children of the American Revolution Senior State President (1984-1986). One of Gloria’s longest and most dedicated commitment was with the DAR Schools in Grant, Al. and Tamassee, SC. These schools have provided rural Appalachian communities with exceptional educational opportunities since the 1920s. She has been a Trustee and on number working committees from 1978 to 2007.

A private funeral will be held at Cole Funeral Chapel in Chelsea.  Burial will be at Roseland Park Cemetery in Berkley. In lieu of flowers, the family kindly requests that donations be made to the United Methodist Retirement Communities Foundation. Gloria was a long-time resident of Chelsea Retirement Community and greatly appreciated the care and love she received from her neighbors and the staff.  Memorial gifts can be sent to: UMRC Foundation, 805 W. Middle St., Chelsea, MI 48118 or online at https://umrc.com/umrc-foundation/.

You may use the form below to share a memory or leave a message for Gloria's family.  Please allow up to 24 hours for us to review and post your comment.

1234
#32 Arlene Robertson 2021-02-26 16:56
My sincere thanks to Larry for offering a Zoom attendance. Gloria was my friend for over 25 years and these tributes are all appropriate for this fine sincere and patriotic lady.
Quote
#31 Kris Fontichiaro 2021-02-25 21:03
Gloria was truly a warm and gracious lady - an inspiration to all of us! She will be remembered fondly by members of the Louisa St. Clair Chapter. My deepest condolences to her family.
Quote
#30 Jane Turnbull 2021-02-25 15:59
Thank you for allowing us to be present virtually for Gloria’s funeral. It was a lovely service. I met Gloria when she returned to Michigan and began to attend Louisa St. Clair meetings. I was new to DAR at that time and thanks to Gloria with all of her grace and enthusiasm I learned what DAR was all about. She was a bright star in our chapter that will shine forever.
May the lord be with Gloria in her eternal rest.
Quote
#29 Grace Bliss Smith 2021-02-25 15:30
Gloria was a lovely woman I was fortunate to know through our DAR and USD 1812 chapters. I so much enjoyed our friendship and wear her Michigan DAR pin to honor her. As Louisa St. Clair chapter Regent 2009-2012 and as current President of the Michigan Society, United States Daughters of 1812, I offer prayers and peace for her beloved family. We all loved Gloria and will keep her forever in our hearts.
Quote
#28 Amy Keesling 2021-02-25 14:01
Aunt Gloria was a wonderful aunt, and she had a huge impact on my life. She was an amazing educator--one of the educators who made the Detroit Public Schools the outstanding district that it was. She was one of the few people people who was excited when I started teaching in Detroit, and every time I saw her, she wanted to hear the latest about my students, my school and the district. I have so many wonderful memories of her. She was so special, and I loved her very much! Thank you, Larry, and thank you Cole Funeral Chapel for allowing us to participate in this lovely ceremony.
Quote
#27 Debra Wilson 2021-02-25 13:34
I attend Gloria funeral and enjoyed it.
President Knoxville 89 U D C Chapter
Quote
#26 mark whitters 2021-02-25 13:18
Mrs. Hunt never let me forget that they came to Belgium and invited me to dinner--and I stood them up. (I can't remember my excuse, but it was perfectly worthless.) Yet she and Mr. Hunt still kept me in their social graces and treated me to lunch when I was in grad school in Washington, DC. She occasionally would bake a pecan pie and send it to me in the various places I have lived. Then I had a few lunches with her in Chelsea over the past few years. So she always had space for the possibility that miserable souls like me can be redeemed. May she experience the redemption at the heavenly banquet!
Quote
#25 Lynne Witt 2021-02-25 13:17
Thank you for sharing Gloria with all of us. Great pictures of a great lady!!!! Gloria, my mom {Grace Colter} and I have traveled to many meetings together and have heard stories about where she has lived, things she has done and funny stories about your whole family!!! Even the granddaughters loving her wardrobe and assessories and the boat they had!!!! My dad knew your uncle Ed way back in the day!! We had gone for lunch a few times when she first moved to Plymouth and didn't know anyone!!! She had come to me one day and gave me her Louisa St Clair Chapter pin, telling me she wanted me to carry on in her place!!! Such a great lady, mentor and friend. Always a smile!!!! She is already missed. Lynne Witt and Grace Colter
Quote
#24 Karen Batchelor 2021-02-25 13:09
Thank you making it possible for us to join you virtually today to celebrate Gloria's life. It was a beautiful service and I was grateful to be there and to bring sympathies from Louisa St. Clair Chapter NSDAR.

On a personal note, l'll never forget the time about 10 years ago, when Gloria took me aside for a chat after a DAR meeting. She told me a story about a long-ago time when she stood up to be "in my corner"; to be supportive in a way that was nothing short of courageous. I didn't know this story and am grateful she chose to share it, because her kindness - then and all those many years ago, truly touched my heart.