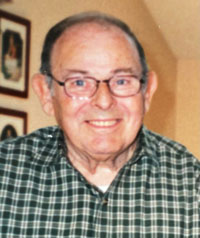 Don worked as an engineer and designer in the Tool and Die Industry his entire career. After retirement, he and his wife enjoyed time at their trailer on a lake in northern Indiana fishing. They always had a beautiful yard and flower beds. Don was often caught with a pair of pruners or a hose in his hand. He especially loved his yellow roses. He also loved feeding his birds and squirrels. He would often laugh about his fat squirrels and deer trying to empty his bird feeders. In 2017, they moved to Chelsea, Michigan.

You may use the form below to share a memory or leave a public message for Donald's family. Please allow 24 hours for us to review and post your comment.