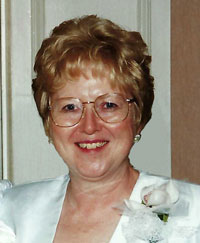 Of Chelsea, Michigan, age 76, died Saturday, January 9, 2021 at her home with her family at her side, after a decade-long battle with myelodysplastic syndrome. She was born December 18, 1944 in Wynnewood, Oklahoma, the daughter of Wilbert & Grace Viola (Johnston) Gates. Betty graduated from Wynnewood High School in 1962. She graduated from the University of Oklahoma School of Nursing in 1965. Betty then went on to graduate from the US Air Force School of Aerospace Medicine in Texas as a flight nurse, and she served in the Oklahoma Air National Guard.

Betty married Steve Leeman in Oklahoma City in 1967, and they moved to Manchester, MI where they owned a Dairy Queen. She served as an emergency room nurse in Oklahoma, at Chelsea Community Hospital, and at the University of Michigan for over 40 years. Betty earned her BSN from U of M in 1995 and became trauma certified. She participated in the Chelsea Area Players and the Chelsea Lioness Club. Betty was a former member of Chelsea First United Methodist Church and North Lake United Methodist Church. She enjoyed watching sports with her cousin, Dave Scriven. Betty loved to travel and spend time with her grandkids, especially up North on the Platte River and in Oklahoma.

On April 22, 1967, she married Fredric “Steve” Leeman in Oklahoma, and he preceded her in death on Feb. 19, 2014. Betty is survived by two children, Beth Ann (Darin) Anderson of Eldridge, Iowa, and Fredric “Scott” Leeman of Chelsea; four grandchildren: Andrew, Brett, Matthew, and Nathan; her sisters, Patsy Dobbins, Connie Dotson, Vickie Eastwood; a brother-in-law, Richard Rigg; and several nieces and nephews, including Mary (Jon) Oesterle, who helped care for her in her final days. She was preceded in death by a brother, Bobby Gates; her mother and her step-father, Grace & Ralph Nelms; and a sister-in-law, Mary Lou Rigg.

The family received friends at Cole Funeral Chapel on Tuesday, January 12. A private funeral service was held Wednesday, January 13, with Rev. Kathy Schell officiating. Burial followed at Oak Grove Cemetery in Chelsea. Memorial contributions may be made to University of Michigan Hematology Research or the Myelodysplastic Syndrome Foundation.

Click here to watch the video of Betty's funeral

Click here to watch the video of Betty's graveside service

You may use the form below to share a memory or a public message for Betty's family. Please allow 24 hours for us to review and post your comment.

#4 Terry Hurst, Ed.D. 2021-01-28 08:29
I met Betty a few years ago when I started taki taking her to treatment. As a volunteer with the American Cancer Society, I meet a lot a many different people. Even with her challenges, Betty was always upbeat. The last time I took her in December, just before Christmas, she was moving slower but was still fighting! My condolences go out to the entire family.
Quote
#3 Bruce Holzhauer 2021-01-18 14:52
I just heard that Betty Passed.I met Betty in Ann Arbor in 1970 when she and Steve were living there. She Had a great laugh. I loved her sense of humor which never diminished over the years. She was one of the good people who made this a better planet.
Quote
#2 Betsy Quinsey Smith 2021-01-12 12:25
I knew Betty through Steve. Steve was a friend of mine at Ann Arbor High School. When I met Betty, I knew she was the perfect match for Steve, especially after his accident. She was sweet, caring, compassionate and understanding. I am sorry for your loss but there has been a sweet reunion in Heaven.May God bless you and hold you in His hands now and always.
Quote
#1 Julia Hunt 2021-01-11 08:31
Betty Gates and I grew up just seven miles apart in Oklahoma but we met, fresh out of high school, at the OU Medical Center where we joined a very special group of young women entering the School of Nursing in 1962. We became friends for life. We shared an apartment as we started our careers in nursing, met and married two guys who were US Air Force buddies and enjoyed a lifelong friendship. Betty always made me laugh! Though lived far apart (Michigan and Oklahoma) every time we were together it was like no time had passed since our last meeting. I will miss her so much!
My sincere condolences to her precious family.
Quote
Refresh comments list